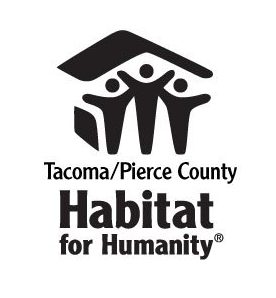 Last spring when leaving her aunt’s house, Chansorya saw a Habitat for Humanity vehicle parked near a house under construction at Fern Hill. Recognizing immediately that Habitat homes were being built there, she and Kevin decided to take a chance and apply.

Kevin grew up in a Habitat home. Before his father passed away in 2016 he raised six kids on his own in the house. Even though Kevin’s father is no longer here, the family says he remains in their hearts and his legacy lives on. The house has been passed down to Kevin’s youngest brother who has updated it and made it his family’s home.

Chansorya grew up with less stability, moving frequently after her parents separated when she was 5. “I remember always switching schools and moving.” “Kevin and I have always been a team. I fell in love with my best friend,” says Chansorya. The couple has been together nine years and will be getting married next summer. They currently live in a three-bedroom, one-bathroom apartment. Chansorya had always hoped for a five-bedroom home with two bathrooms so their daughters Lydah (7), Layla (5), Luna (2), and Liane (1) didn’t have to share a room and fight for the bathroom.

“When Habitat told me one of the homes at Fern Hill would have five bedrooms and two baths, I knew I had to have that house,” says Chansorya. Calling it “Operation Faith on Fern Hill,” Chansorya was determined that she and Kevin had to qualify for Habitat homeownership. They attended an info session in May and then worked with Habitat’s housing counselors to eliminate $14,000 of credit card debt and refinance their car. In August, they were accepted into Habitat’s homeownership program and are now working on their sweat equity requirement.

The last few months have been tough. Both Chansorya’s and Kevin’s families have suffered multiple deaths. But last week they received good news when an email came from Habitat that they’d matched with the Fern Hill home – a gift that Kevin and Chansorya believe came from their loved ones in heaven watching over them. “When I told people I wanted a five-bedroom home, they told me that wasn’t a goal, it was just a dream,” says Chansorya. “It’s such a blessing that my dream became a reality. We did it!”

The couple made this statement:

“We really appreciate and want to say thank you to Habitat for Humanity, Banner Bank, and Master Builders Association of Pierce County for giving us this opportunity. We are now home owners! We will be able to create a safe haven for our family, a place where we can continue to appreciate what we have, cherish the moments we encounter along the way – the fun, the sad, the bad, and the struggles. We can’t wait to witness the growth in our girls in our forever home. Oh, the memories we will make!”